Over a period of twenty years I have been returning regularly to the theme of the pierrot. Mostly this pierrot appears in works of a smaller size: little paintings made with humor and meant as an intermezzo between bigger and more serious works – often as well in still-life painting, a genre in which I rarely express myself.

Yet also in these more frivolous images a symbolic dimension is hidden. Recurring subjects like fallen chess pieces, broken mirrors, playing cards and the pierrot itself point to the game of life and its illusionary aspects. Again and again we lose this game and fall on our face! Until the rules of the game are being understood and the bird of the soul is enabled to spread its wings to turn its back on emptiness and senselessness… The escape (1993) 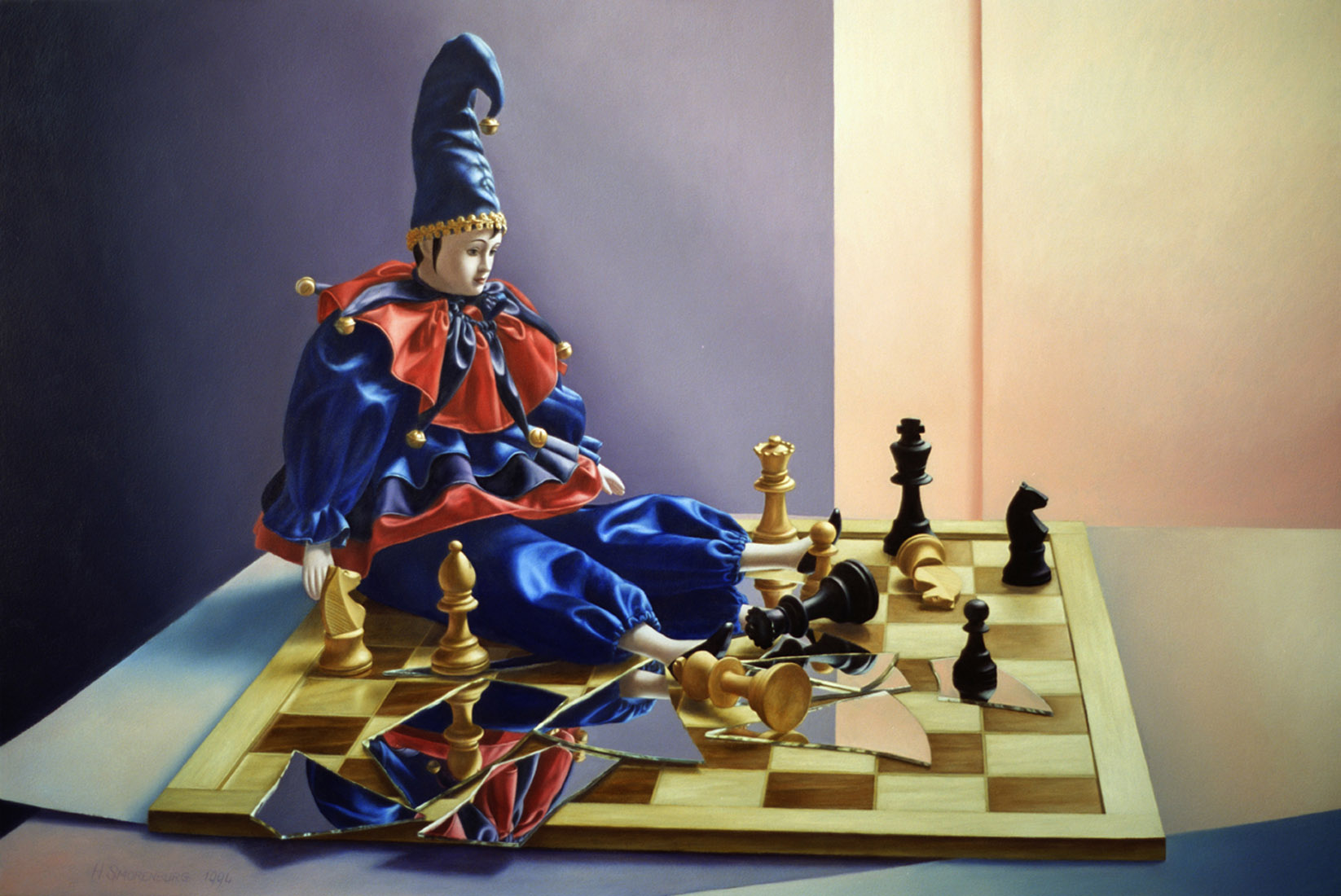 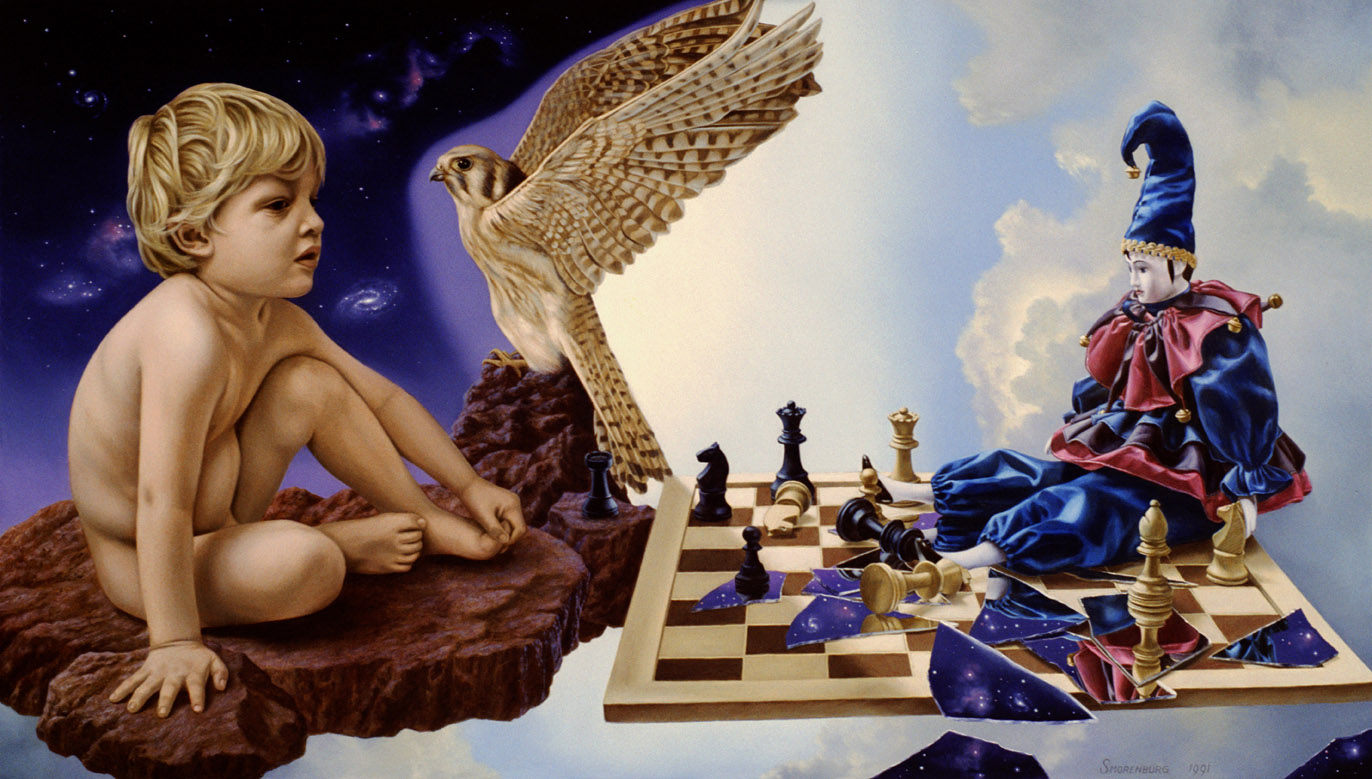 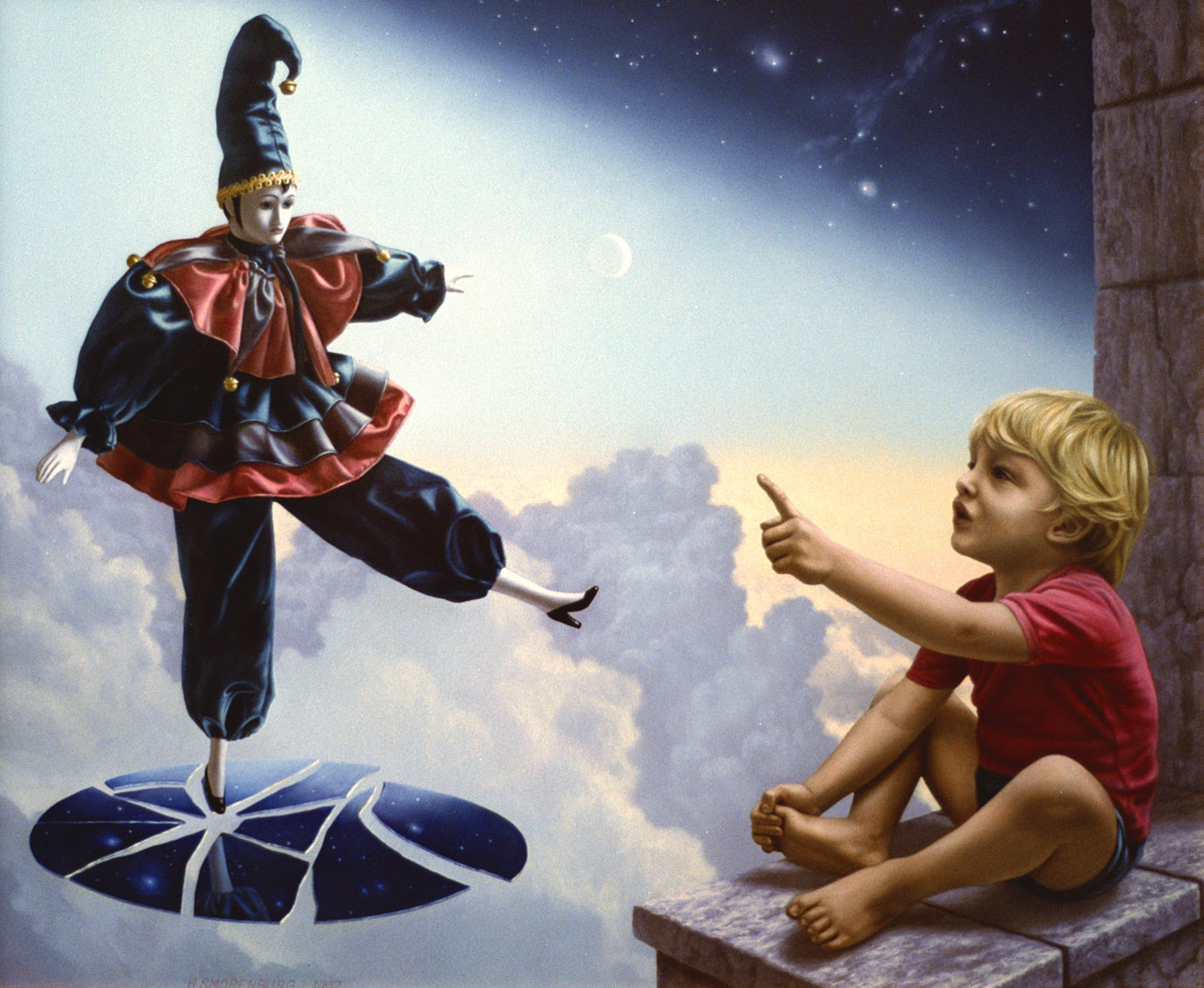 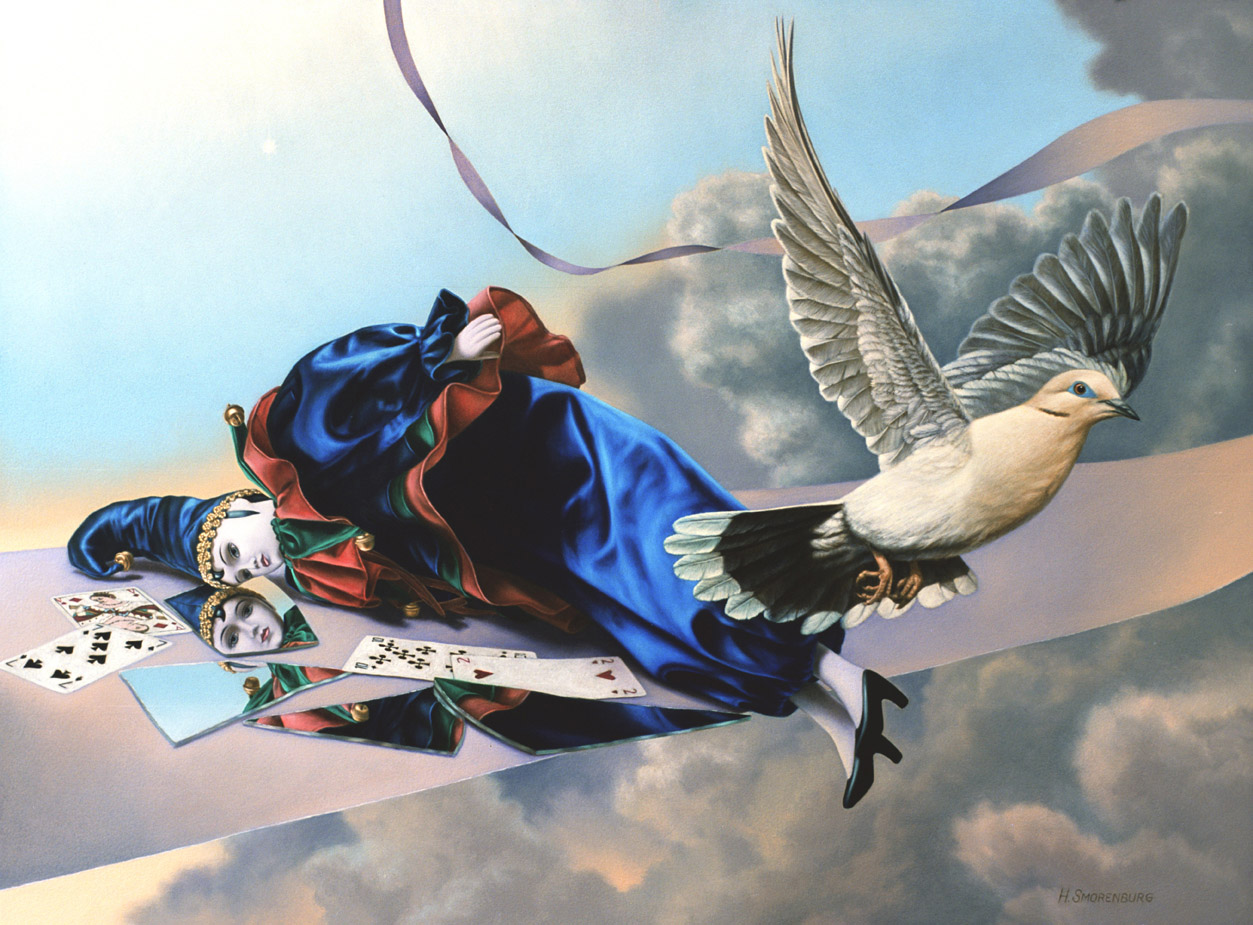